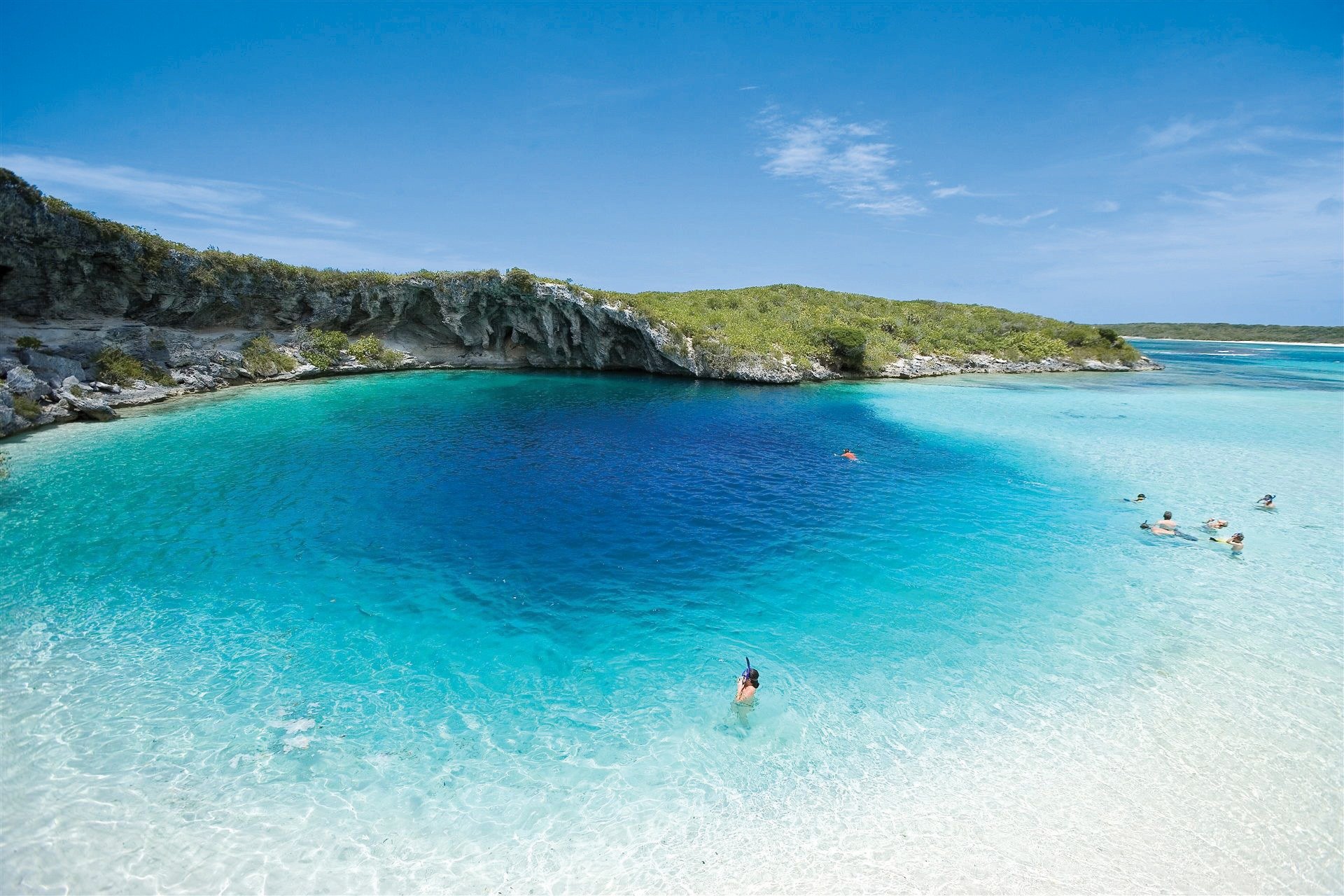 Further to the recent, highly successful Broker Familiarisation trip to The Bahamas, we wanted to tell you more about some of the other islands that you may know less about, but we believe may be very interesting for Charter Guests:

Well known for it’s warm, crystal-clear waters and famous Bight of Acklins lagoon.  This island is the perfect place for those that want to get away from it all.  A haven for avid fishermen, especially those that like fly-fishing, Acklins also claims to have the best bonefishing and snorkeling in the world, plus some of the best Bahamas resorts for families.

The largest yet most sparsely developed island in The Bahamas, is where you need to head to experience a superlatively natural experience. Boasting the Earth’s third-largest barrier reef, this is the ideal place for a laid-back beach getaway, wedding or honeymoon, but also a favorite for kayakers, bird watchers, hikers, snorkelers, divers, and fishermen.

Often referred to as “The fish bowl of the Bahamas”, The Berry Islands is a cluster of 30 cays and home to Chub Cay, Billfish capital of the Bahamas. A real fisherman’s paradise, some of the fish that can be found here are billfish, tuna, grouper, tiger fish, yellowtail snapper, wahoo, and king mackerel. The Berry Islands also boasts of some of the best bonefishing in The Bahamas.

With more fishing, diving, sailing and more to do per square mile than any of the other islands, this island is a must for those that seek a blend of adventure and the calm of unspoilt natural beaches. Visitors to Bimini can see marlin, manta rays, dolphins and sea turtles and enjoy exploring its roguish history as a convenient offshore speakeasy and liquor store during the US prohibition.

Explore the many uninhabited cays and hidden coves, attend a regatta, go on a shark dive, or hike a nature trail. Cat Island provides a year-round tropical beach vacation adventure. Visitors can also take a bike ride and a picnic to unexplored beaches, kayak the estuaries and see the turtles, rays, the abundance of sea life swimming and living beneath the clear blue waters, skim board the surf and paddleboard the leeward side of the island.

Named after the pirate Arthur Catt, much of the island has not been developed, but you can see cotton plantation ruins scattered around the island, the remains of slave huts dating back to the 1700s and Arawak Indian caves. There is also a miniature monastery and hand-carved steps out of solid rock on Mount Alvernia and with 50 miles of rolling hills and miles of nature trails, you truly can experience a Bahamas island in its native setting.

This is one of four islands forming an atoll which hugs the beautiful shallow waters of the Bight of Acklins. This island hasn’t much changed since Columbus sailed down the leeward side of the islands through the narrow Crooked Island Passage.  With its natural beauty, abundant bird life, reefs and magnificent limestone caves, this is a great island to explore both from above and below the waterline.  Coral gardens, shelves and reefs are a treat for divers, and the deep creeks, tidal flats, and pools filled with game fish make it a sportsman’s delight.

This island is best known for Dean’s Blue Hole, the deepest recorded blue hole in The Bahamas (more than 600 feet). The western shoreline has soft sandy beaches capped with rich green mangroves. Long Island is a haven for fishing, sailing and yachting, with Cape Santa Maria Beach being recognized by beach lovers and travel writers alike as one of the most beautiful beaches in the world.

San Salvador ‘Holy Savior’ got its name from Christopher Columbus when he landed in 1492, as the first landfall in the New World.  Set on the Atlantic side of the archipelago of The Bahamas, the island of San Salvador is about 200 miles southeast of Nassau and about a 1-hour flight from Florida. San Salvador mostly consists of dune ridges, with troughs forming sparkling lakes that make up nearly a third of the interior of the island. Surrounding reefs protect the island and a large break near the island’s capital Cockburn Town, provides access to the island for boats.

Rum Cay, San Salvador’s smaller sister island, is located 20 miles southwest of San Salvador. It is a relatively flat island with a few rolling hills. Originally named Santa Maria de la Conception by Columbus, its present name of Rum Cay is said to be in memory of a ship destroyed with a cargo of rum, which foundered off its coral reefs. In the north there is a cave containing Lucayan Indian drawings and carvings and various artifacts from the Arawak Indian period.

Secure Your Presence at the Bahamas Lunch During MYS