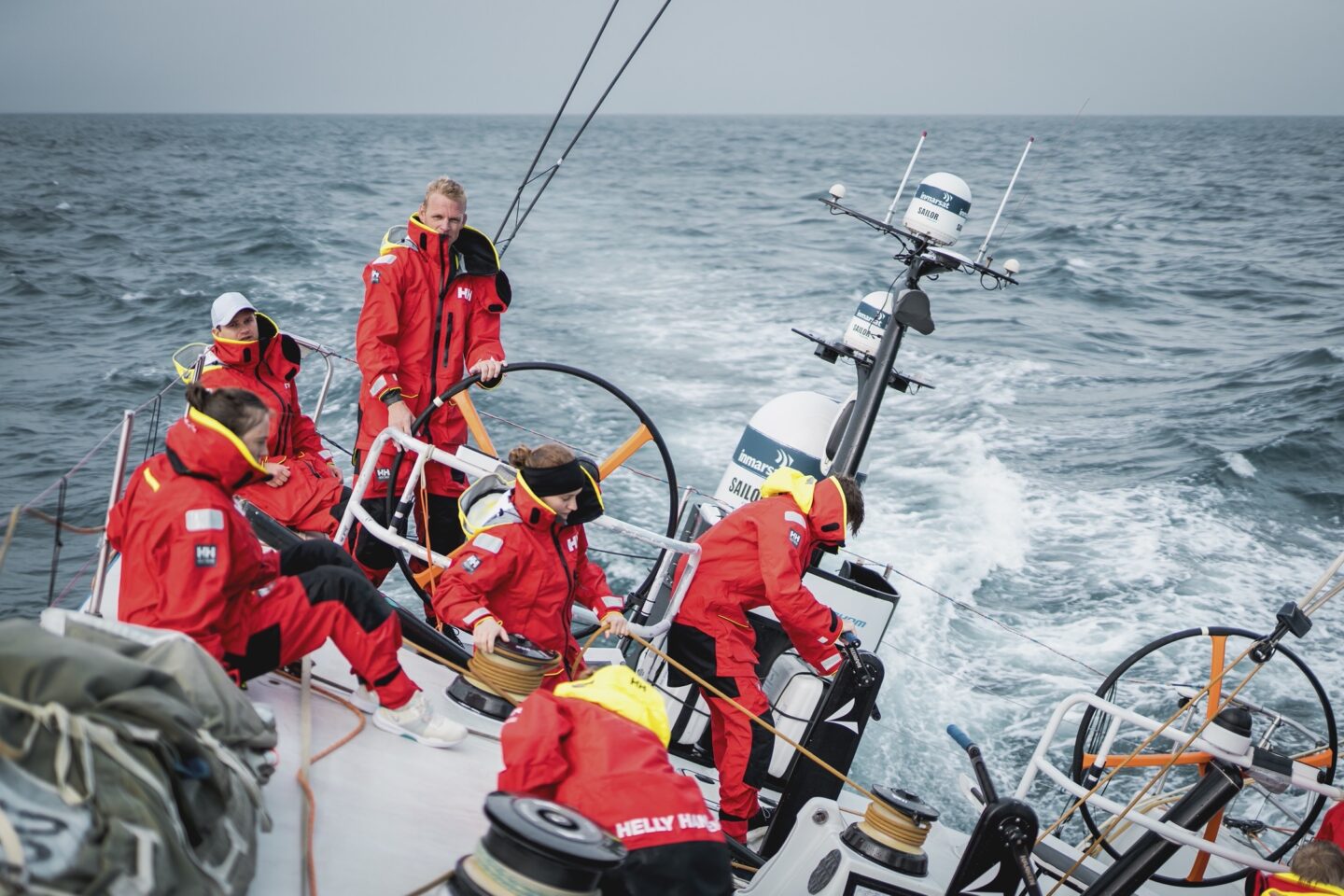 As crews prepare for January’s 2022-23 edition of The Ocean Race, Austrian Ocean Racing are highlighting how satellite communication technology is powering their campaign to be the first Austrian sailing team to take on one of sport’s toughest challenges.

The ambitious newcomers tapped into the full power of Inmarsat’s FleetBroadband solution for enhanced performance and onboard communications during months of challenging preparation and racing to achieve their dream of making the starting line in Alicante, Spain, on 15th January. Inmarsat’s ‘always-on’ connection and additional airtime support allowed the Austrian team to capitalise on several applications onboard its VO65 yacht ‘Sisi’, like weather updates, tracking and streaming capabilities.

The reliable connectivity powered the team to strong performances in the 2022 offshore races, with improved speed and tactics. It also strengthened the drive for funding as the sailors raised their profile by professionally communicating their inspirational story to potential sponsors and fans by sharing the drama and emotions onboard to around 10k Facebook followers using engaging content.

Xaver Kettele, CMO for Austrian Ocean Racing powered by Team Genova, said: “Getting information from the boat to shore to tell the story is essential. It’s hard to understand what it means to race for two weeks, 24 hours a day. There is no place for retreat, no privacy, no break. To get this story out and to share it with the people around the world is essential for the sport. For us to compete in The Ocean Race is a big thing for the Austrian sailing community. We are a small team, with a small budget, but when you see what we have achieved in such a short time, you will know that we all put our heart and soul into our work.”

Austrian Ocean Racing powered by Team Genova lines up with the other VO65 teams to compete for The Ocean Race VO65 Sprint Cup, a new trophy awarded to the team that accumulates the best score across three different legs of the race: Alicante, Spain to Cabo Verde, off the coast of West Africa; Aarhus, Denmark to The Hague, the Netherlands; and The Hague to Genova, Italy. VO65 teams participating for The Ocean Race VO65 Sprint Cup will compete in the VO65 class in the In-port races scheduled in each city, starting on 8th January in Alicante, as well as the three stages of offshore racing from point to point.

Previously known as Austrian Ocean Race Project (TAORP), Austrian Ocean Racing powered by Team Genova was established by two brothers from landlocked Austria, Konstantin and Oliver Kobale, in 2017, with the help of experienced Dutch sailor Gerwin Jansen. After securing one of the eight VO65s in 2019, the team became the first ever Austrian team to register to take part in The Ocean Race and subsequently impressed in The Ocean Race Europe in 2021.

Part of the team’s preparations was the 2022 The Royal Ocean Racing Club (RORC) Transatlantic Race. Inmarsat provided unlimited data so the Austrian sailors could use the satellite communication equipment to its full potential, a benefit that helped secure a strong fourth place finish in the International Rating Certificate (IRC) Zero class. In particular, Navigator Jolbert Van Dijk was able to download some 180 weather updates, enabling the team to gain a crucial advantage by using the live information to take a more northerly route on the 3000nm crossing from Lanzarote to Grenada.

Van Dijk said: “With the possibility of downloading so many weather updates, we gained a lot of confidence in the weather forecast and understanding what we were going to see. When we exited the low-pressure system, we were in a position next to the boats that were supposed to be a lot faster than us, so in the end this strategy really paid off. I had absolutely no issues or problems regarding the Inmarsat communication. It was perfect. It’s reliable, it’s there. You turn it on and it’s working.”

In addition to the weather updates, Austrian Ocean Racing was also able to use the Inmarsat connectivity to track the other boats every few hours. The critical safety benefits of reliable connectivity for the fleet also became evident during the RORC event. With one boat lost on the tracker for an extended period, the race organisers contacted the other yachts in the vicinity to reach out to the missing team, highlighting the need for a good connection to receive messages asking for assistance or in any other emergency. Meanwhile, the capability of the Inmarsat system to support streaming services is invaluable to helping them tell their story, by capturing and sending photos, videos and even uncrewed aerial vehicle footage while at sea.