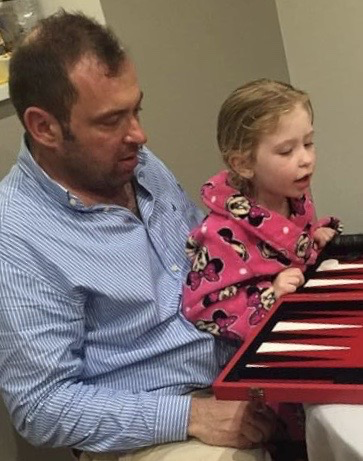 Yachting has been good to me. People talk about “how good it was in the old days”, but if you keep moving, I think there’s never been a better time to be in the industry than now. The barriers to pivoting from one role to another within the industry have never been lower, which lengthens the career lifespan for all crew members. There is a coherent path to a career for life.

I joined in 2004, as a deckhand on M.Y Invader, a Codecasa 50. Being 26 at the time, I felt the boat could have been better run and that I could easily do a better job than the Captain. I moved to a Captains position on a small Mangusta, and from the day I started that job, I realised what a good man the Invader captain was. Since then, he has been, and remains, an inspiration. Whenever I’m in a difficult spot I ask myself “what would Andrew Johnstone do in this situation…..”

I progressed onto bigger boats, but stuck to the Mangusta series as much as possible. The owner profile suited me – difficult, demanding, fast paced, prone to whining at small imperfections but visibly delighted when we hit the sweet spot.

Things changed when I went ashore in 2012 to start a diesel logistics business in France – I had a lot more time on my hands and I wrote my first book, which is about how to operate the S3 series of Kamewa waterjets. People started to think of me as an expert, inviting me on board to run instructional courses for Masters. I later wrote a second book, about the S4 series of the same system.

Writing books has been key to my survival in the industry. People I had met in the fuel and agency businesses solicited my services in writing vessel specific engineering manuals, which enlarged into vessel operation manuals, which then pivoted into Safety Management Manuals.

Once you’ve written a Safety Management Manual for someone, you’re invested, which is how I came to be the DPA for VVV and Da Vinci.

I have three mottos to share. They are: 1. Do what you’re doing so well that other people doing the same thing wonder why they bother. 2. Leave people better off after they met you than they were before 3. It’s never too late for a collision.

It’s number 2 that’s got us here – me writing and you reading.

Teaching young crew members things that they can develop themselves – navigation, the yacht master syllabus, how to keep records, write reports, navigate effectively through the politics, serve drinks properly.

It’s like a papal dove being released from a Vatican balcony – that dove either flies away and prospers, or gets mobbed by seagulls off camera. Helping people prosper is what makes me feel good. And, no, I don’t see myself as the pope!