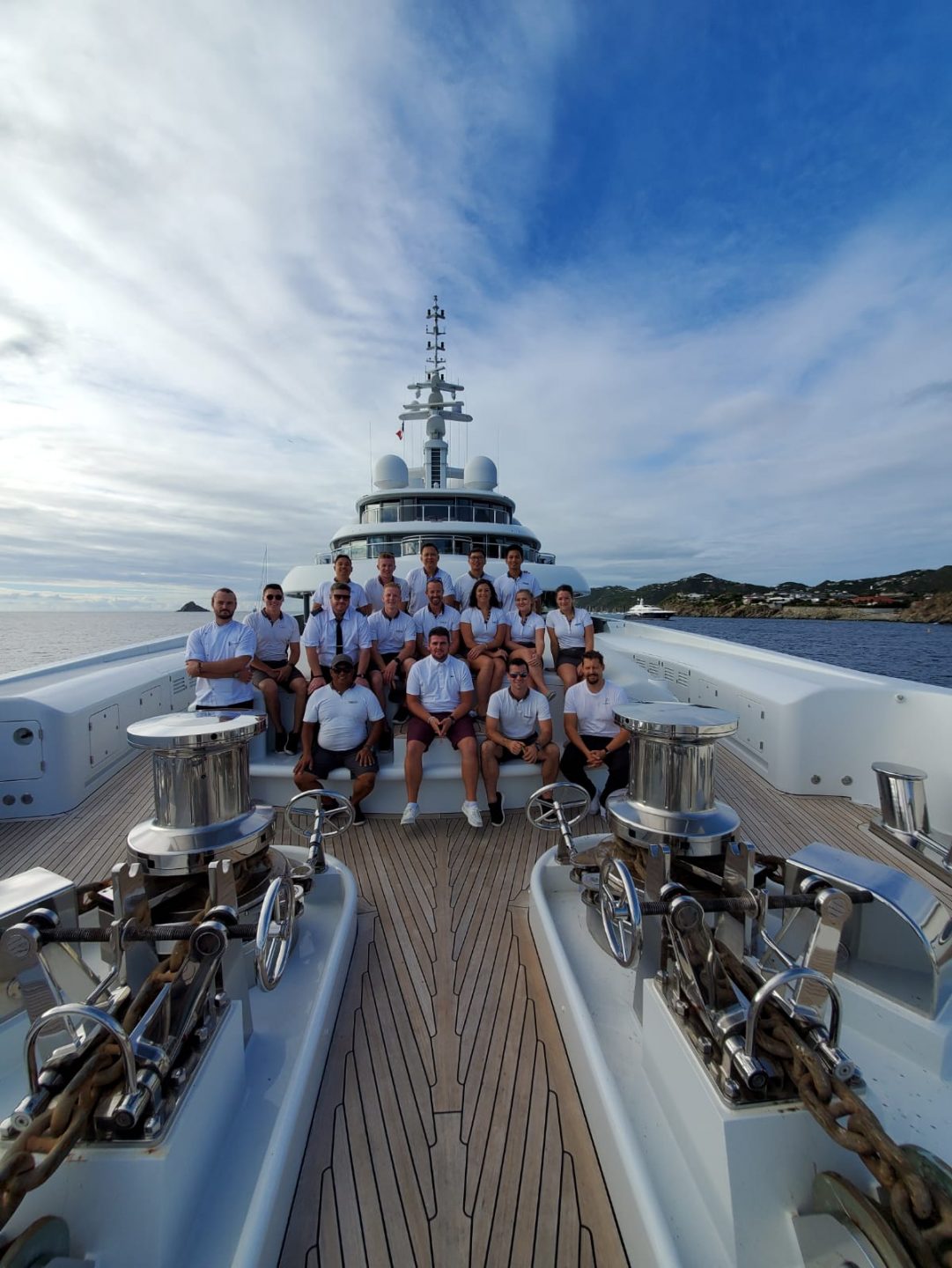 During a charter in the Caribbean, Naia was just about to do diving operations with the guests.  It was a nice day and we had picked a fantastic spot by Saba bank.  It was in-between Christmas and new year.  On the 29th December 2019 @ 13:20 local time NAIA received a distress message on her GMDSS equipment.  It was a mayday relay from MRCC fort de France for a person lost overboard from a cruise vessel operating in the area.  Immediately we realised that the mayday man overboard estimated position was around 15-20 miles away.

We responded immediately to the MRCC to say we were available to assist and the MRCC made us on scene coordinator for the search and rescue operation.  I explained to the guests on the swim platform that we have to pack up and set sail to aid a search for a missing person who had been adrift for the last 11 hours.  After explaining that this is not only my legal obligation but more importantly our moral obligation the guests came back inside and we updated the MRCC with our ETA at the estimated position of the MOB.

Once on scene and using best practice for search and rescue and following the IAMSAR guidelines we chose a search pattern appropriate to the prevailing circumstances and conditions.

All crew were posted around the vessel as lookouts.  The guests were asked to assist in lookout duties which they duly did.  It was a real team effort.

After just 40 minutes of search the casualty was found adrift approximately 15 miles from land in the middle of the Caribbean sea.  Shortly after we got the casualty onboard.  His name was Victor Leduc.  We gave him fresh clothes and hydrated him.  We had suspicions that he had indeed jumped overboard so we were extremely worried about his metal state so I did not allow him to shower or be left alone but we did comfort him and designate a French speaking crew member to chaperone him.

He was then collected by the coast guard and taken to A+E on the island of St Barths.

We later visited him in St Barths hospital.  We invited him onboard a few days later when the guests were ashore