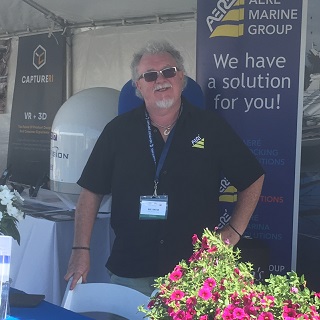 Moving on from the trades, he worked as a marina manager and organized many events such as rowing and sailing regattas. Later, Mike joined West Marine, the world’s largest marine supplier, as a store manager.

Also, at West Marine, he helped launch their Mega Yacht Division. This is how I connected with AERÉ Marine Group selling fenders. Mike joined AERÉ in 2002 as Director of Sales and have helped expand their product lines worldwide as the premier manufacturer of fenders, fender covers, inflatable docks and much more.

At the Monaco Yacht Show, I met the ACrew Team. AERÉ Marine Group has recognized the passion and commitment that ACREW has brought to the Crew and Yachting Industry. We are proud to be a sponsor of their great training events and mission.