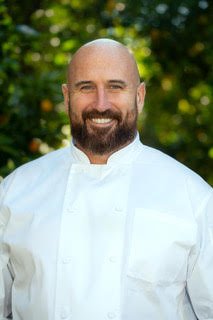 I’m incredibly flattered and grateful as I humbly accept this ACREW nomination.

Yachting has been my gypsy home and supportive community for the better part of two decades. I started my career as a charter chef on a 30m Broward and I’ve worked my way through the industry to vessels over 110m. I’ve been lucky enough to have worked on some of the most well-regarded programs in the industry. From Arab and Monegasque royalty to Hollywood super stars, business and internet moguls. I’ve never wanted to do anything else other than, cook on a charter yacht and ride around the world eating local food off of my motorcycle and clocking some miles..

I’ve completed numerous Michelin starred training jobs in Europe and in the US. When I’m in Antibes, I always bake with Jean Paul Veziano who owns the oldest bakery in town. I trained under Swiss Chef, Michel Reymond in the Florida Keys at the Relais Chateaux, Little Palm Island when I was nineteen. In my early twenties, I did two years under the famous Lydia Shire and Susan Regis at Biba, considered the best restaurant in Boston at the time. Pulling knowledge and collecting it from these great culinary minds keeps me motivated, adding new knowledge daily, looking to the future of food and pushing forward as far as I can.

All of my Quarantine Kitchen videos were shot, edited and posted while on an 8 week charter in the Caribbean during the COVID 19 global quarantine. I started these with no real direction other than wanting to help friends and family who were cooking significantly for the first time in their lives.

For the past 14 years while on rotation or between yachts, I’ve ridden my motorcycle over 90,000 miles around the world. My motorcycle is like a strange adventure portal I know I can always go back to wherever in the world I’ve left it. I can pick up where I left off and discover whatever I can find that’s interesting in whatever country I’m in. The overall goal is to try to see and learn as much as I can about food from the source and how it’s woven into the fabric of the local culture. Riding into locations where famous dishes came from and the story behind them provides me with a lot of inspiration, information and stories to convey to charter guests once I’m back on a yacht. It’s fascinating to find out how much food ties countries and the world together in such intricate and unique ways you wouldn’t know without being in the thick of it. The first 37,000 miles of riding back in 2006 was to raise money for Parkinson’s Disease research. Over a year I successfully rode from Miami to the tip of South American and then all the way back to Miami. I raised $45,000 for the National Parkinson Foundation in Miami.

I realize that I’m only one of many accomplished chefs in this industry. The best of luck and much respect to all of the chefs out there killing it on the high seas!