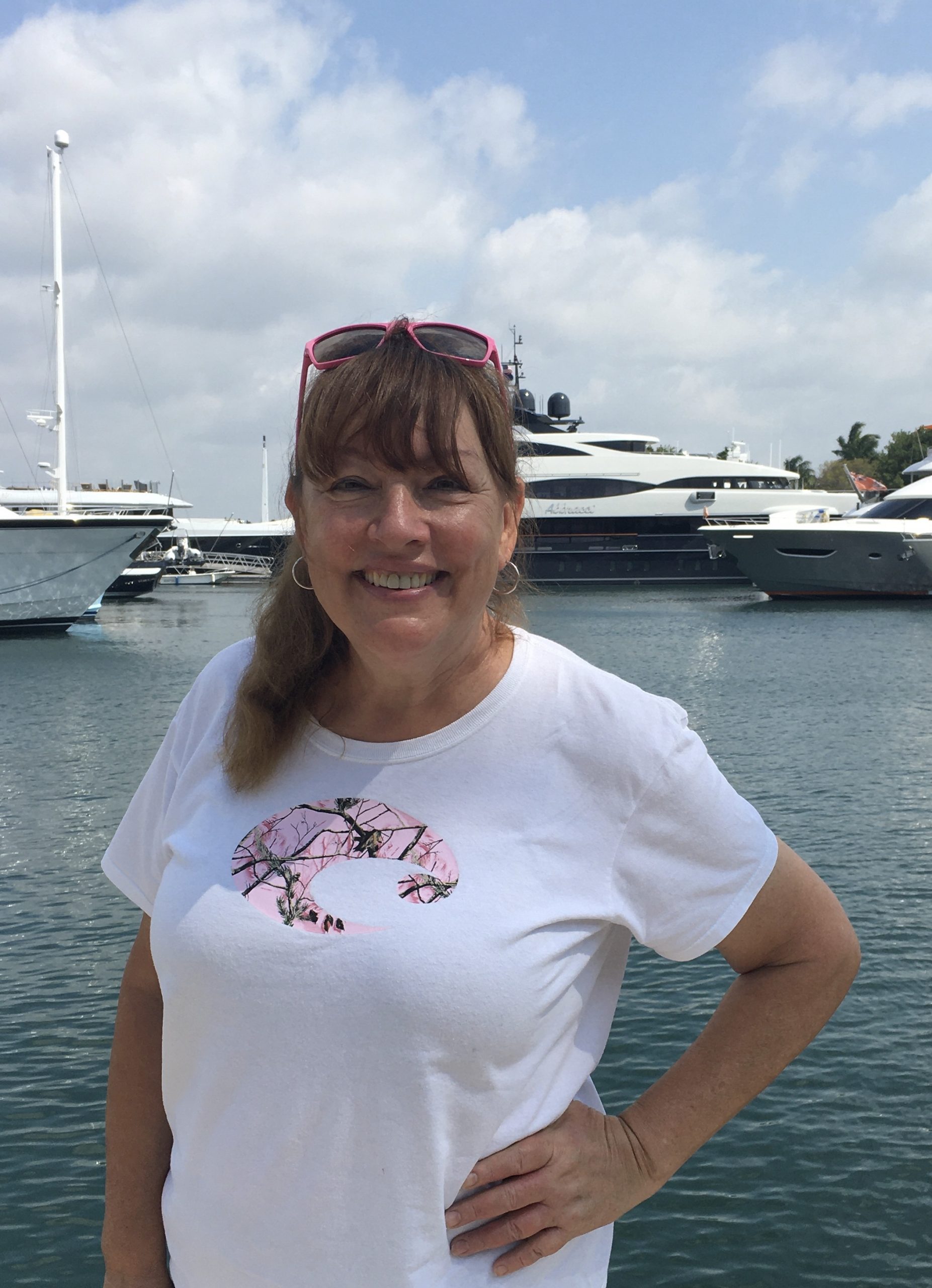 A familiar face on docks worldwide, Norma Trease began her love of sailing on a friends Alberg on the Chesapeake Bay, and she accomplished her first Trans-Atlantic under sail at age 17. This voyage landed her in the port of Antibes, which has remained her secondary home ever since. Her professional yachting career began in her hometown of Fort Lauderdale, Florida when she was hired as a charter chef and spent ten years sailing the world has an award-winning charter machine on power and sailing yachts. Every business and organization she has been involved with since then has centered on the professional captain and crew community.

Capitalizing on her vast circle of friends and contacts, Norma began her long and diverse yacht business career with the founding of Crew Network, which she sold to Fraser Yachts, and remains today the largest crew agency with many offices worldwide. Her first consultancy position was with Feadship, leading their crew education programs, although she is perhaps best known for her marketing and business development for companies including Only Yacht, and the build of OneOcean Port Vell (Marina Port Vell) in Barcelona.

Her journalism career has included the founding of magazines Dockwalk, Crew Report and Yacht N’Life, and for over ten years, she has been the Editor-at-Large with Yachting Matters, who named her “Woman At the Top” in Issue 27. Known as the “Voice of Yachting”, Norma has participated in many global conferences, including chairing the Azimut-Benetti Yachtmasters, Feadship Meeting of the Minds, and Italian Yachtmasters. She has been heard and seen on many broadcasts with Yachting Today, Superyacht Radio, Yachting International Radio, and Between Two Yetis. She has organized judged many yacht chef and service competitions at yacht shows including Antigua, and Monaco, and founded A Taste of Yachting with business partner chef Inger Primgaard.

Her support of the yachting industry is legendary. Norma has been extremely active with humanitarian and disaster relief organization YachtAid Global since its founding and serves on the Board of Directors, in charge of yacht industry relations and funding.  She has served on the Board of ISS for over twenty years, and was named Board Member Emeritus in 2018; and spent ten years as a member of the Governing Council of PYA.

Ever true to her yachting roots, Norma continues her work as a crew recruitment consultant, and additionally, is currently working as a yacht crew chef for the renowned program of M/V Abbracci, helping them develop a healthy and crew friendly program to support them in response to the global health pandemic.

Married to professional musician Detlef Roth for over twenty years, she is based in Fort Lauderdale, and hopes to return to the business of yachting at yacht and charter shows soon!