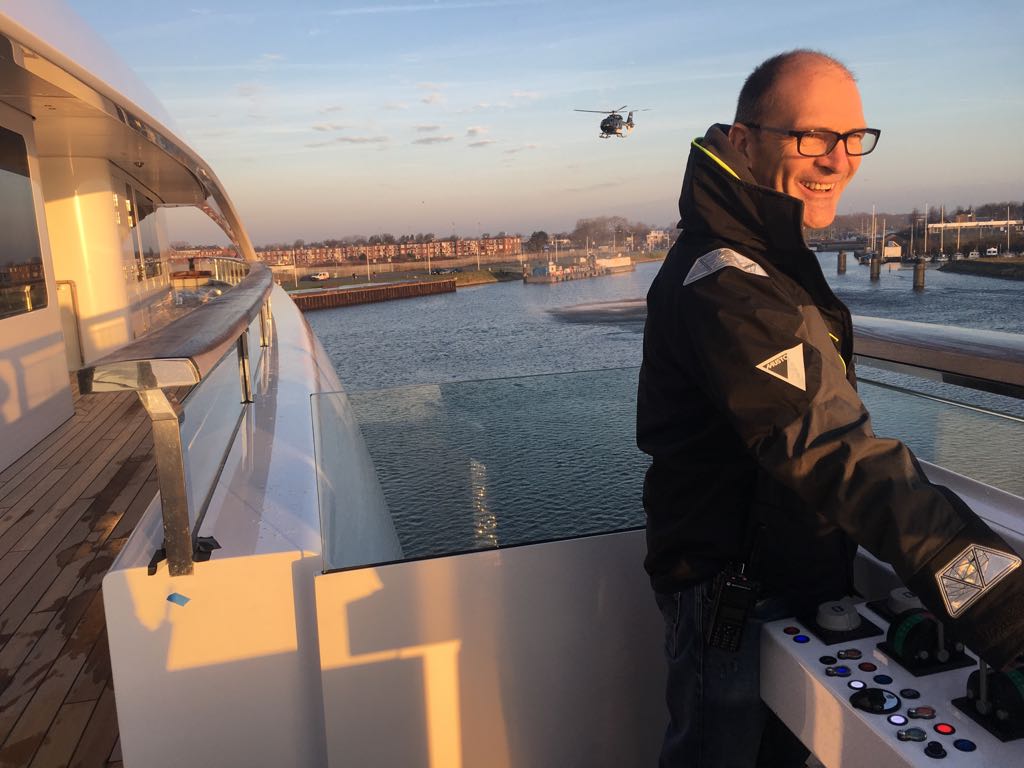 Richard joined the British Merchant Navy after leaving school at 17, working on a variety of cargo ships as a cadet and junior officer before taking a position as navigator on a sail training ship. Progressing to passenger ships in 1991 he attained his Class 1 Master Mariner’s certificate in 1993 before sailing as Senior First Officer on Cunard’s QE2. Combining his experience of sailing and passenger ships he joined Windstar Cruises in 1997 and gained his first command at the age of 35 on the company’s MSY Wind Song.

Five years later, as super yachts increased in size, and required unlimited tonnage certification, Richard secured his first position on a superyacht taking command of the 126m MY “Octopus” for the final stages of the build. He went on to command some of the largest and most elite superyachts launched over the past 15 years (115m “Pelorus”, 162m “Eclipse”, 96m “Vava II”, 138m “Rising Sun”). He worked with helicopters, private jets and submersibles, as well as organising and overseeing operations at major events with VIP guests together with managing and motivating from 14 to 115 multi-national crew members.

During his time on superyachts he has explored the Indian Ocean, Indonesia, Australasia, South Pacific, Alaska, Patagonia and Antarctica as well as the more usual yachting destinations in the Mediterranean and Caribbean.In 2004 he coordinated and executed the project to find and film the wreck of a WW2 aircraft carrier at a depth of 1000m in the Mediterranean Sea, culminating in a 2-part BBC documentary.

He strongly believes that it is the crew that makes a superyacht work for the Owner and motivating them to be involved and take ownership of their responsibilities is key.

His interests include snowboarding, competing in running and long distance cycling events and sailing his Oyster 435 whenever time permits.