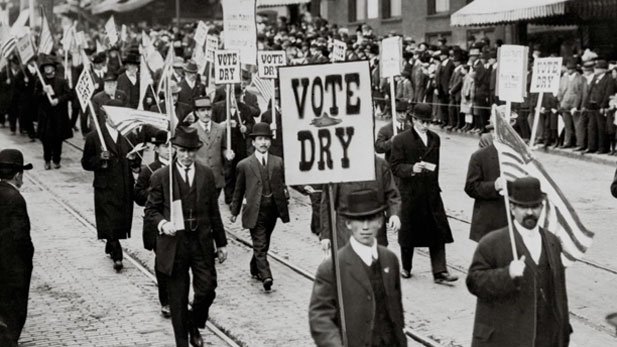 We are finally able to say that the Crew Awards 2021 is approaching and is bringing everyone a theme like no other. We will share some insights on prohibition era so you can picture how different everything was back then compared to the time we are living in now. المراهنات على المباريات The location of this year’s Crew Awards will be the same as last year The World Treade Centre in Barcelona with a secret location for the afterparty! This blog will indulge you with everything you need to know about the Prohibtion Era to get you ready for the Crew Awards, including yachting facts from the 1920s. So, keep on reading to find out more…

The prohibition time period was a nationwide constitutional ban on the manufacture, transportation, and sale of alcoholic beverages in the United States, starting from 1919 and continuing to affect 1920. The prohibition movement’s driving force starts with a wave of religious revivalism in the US, and they believed the number of crimes could be controlled if people eliminate their alcohol consumption.

Prohibition was not easy to enforce at all, “Prohibition creates the desire they intended to cure”.   Instead, it encouraged the number of criminal activities and increased illegal alcohol production and sale, known as “bootlegging”. In that respect, it failed. Prohibition slowly ended when the United States mired in the Great Depression in 1932 and when democrat Franklin D. تعلم بوكر Roosevelt was elected for president in 1933.

Now, let’s talk outfit! The perfect example of how people dressed up in the 1920s would be The Great Gatsby movie. Roaring 20s women fashion is all about getting loose, and women wore loose and baggy dresses all day, every day. Dresses are always accompanied with a belt or sash around the hip, paired with 1-2.5-inch oxfords heels or T-strap, single or double strap Mary Janes.

For men, striped, plaid or windowpane suits were the day to day attired. They had matching lapel collar vest with a pocket watch and chain dangling from inside. Men also wore hats such as fedoras or round bowler hats. In the 20’s two-tone oxfords for men were the greatest fashion.

During the prohibition time period, the yacht was a useful transportation source for an American gangster and businessman, Al Capone, to smuggle imported rum, whiskey and other liquors. The yacht is made out of wood, named “The Islamorada” and is still used today!

The Islamorada was regularly navigated to the Dominican Republic’s rough waters and Puerto Rico carrying imported liquor back to the US. Today, this legendary yacht no longer runs rum in Al Capone operation base but instead carries tourists on excursions through the Panama Canal.

Are you excited about this year’s Crew Awards theme? سلوتس Do you know any yachts that were made in the 1920s? Do share them with us through our social media platforms! Thank you for taking the time to read our blog!