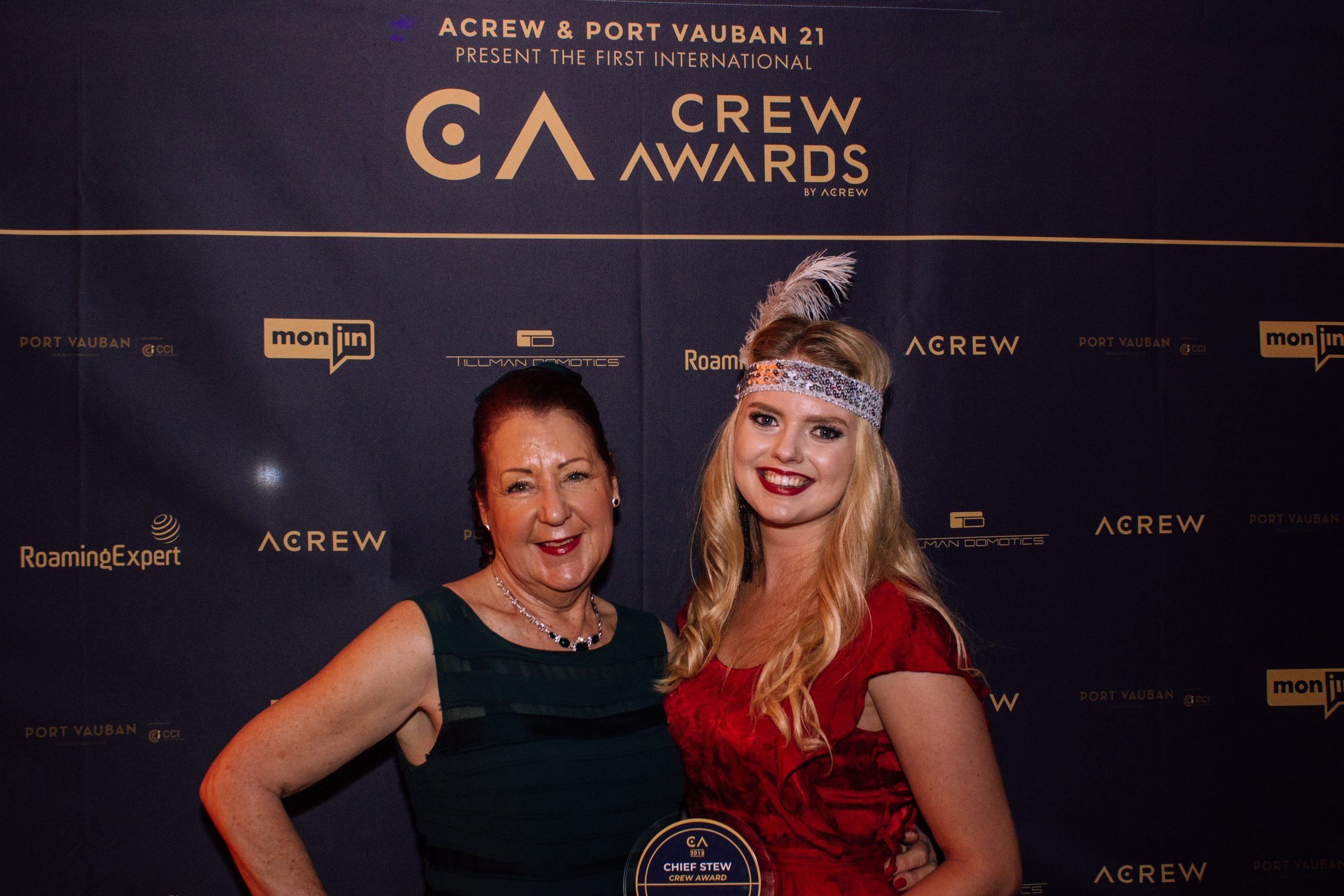 How did you first hear about the Crew Awards?

I first heard of ACREW through the various events that happen throughout the year. It was on their Social Media account that I heard about the Awards. I was very excited to read about an event that encourages & recognizes crew in the industry!

Do you have an idea who nominated you last year for the Chief Stew Crew Award?

Nope! If I did ever find out, I would give them a huge hug. I was quite overcome when I found out I had been nominated, the same reaction I had when being nominated again this year! It’s incredibly humbling to be recognized in such a public manner. لعبه بلاك جاك

How did your Captain react when you told him that you were running for one of the Crew Awards?

The Captain was really supportive and excited for me! It was a great feeling travelling back to the boat after the Awards ceremony and being able to share the news with my crew.

How did the winning of the Chief Stew Crew Award influence your career in the past year? شرح البوكر

It has certainly been advantageous in my recent job search. I have the Awards listed on my CV & Captains often are curious as to what the Awards are all about, so it’s a great talking point!

I was fortunate enough to meet a variety of Industry professionals at the Awards Event which was fantastic. Quite often it seems as though there is a gap between crew members and industry professionals, so it was great to network and meet various individuals. كيف تربح بالروليت Meeting Marlies Sanders (First Officer Winner) & Josephine Ive (Owner of Magnums Butler Academy) were huge highlights for me!

Voting starts 31st of May, are you excited to be nominated for the Creativity Crew Award this year?

I’m incredibly honoured to be nominated in the Chief Stew & Creativity Categories. I’ve spent a huge amount of time working on The Yacht Stew (a free online resource for stewardesses) this past year, so it’s quite something that someone has recognized the amount of effort I have put in.

The voting for all 120+ nominees is open. Support your fellow crew!